Nottingham has spawned quite a bit of psychedelia recently, with the East Midlands city also being the birthplace of this year’s premier psych band Hookworms‎. What Hookworms have in synth aggression though, Childhood replace with romance. Now based in South London alongside the Palma Violets crew (a band they recently supported on tour), they’ve popped up in chill-hop producer Only Real‘s videos (he describes them, in what is presumably meant as a compliment, as “the new Hall & Oates”) and have become a buzz band of choice for the NMEs of this world. Hell, even The Maccabees have been turning up to their shows (that’s enough indie name dropping to last a career so I’ll stop there).

Playing shows on a regular basis has built them into a tight live unit. I saw them play the upstairs of a grimy Shoreditch dive mid-2012, and their transfer to the Brixton Electric stage a couple of months ago when concluding a support stint for the Violets hasn’t proved a difficult one. The prospect of seeing them compete on the same stage as some well-honed acts at the upcoming Visions Festival is an enticing one.

Their first release proper was the effervescent ‘Blue Velvet’, all wide-eyed and dizzily whimsical. A stoned bass line is fried up alongside a dreamy vocal performance to create some perfect Sunday morning fare. On recent release ‘Solemn Skies’ they managed to ditch some of the vocal reverb that makes the lyrics a little too distant to be effective, which definitely sees them in ‘tune’ territory; click any point on the soundwave and it’s likely you’ll hit a chorus. A remix by former Spacemen 3 guitarist Peter ‘Sonic Boom’ Kember added a layer of kraut which made the whole thing go a bit Beta Band. Not a bad spin off vibe you’ve got to say.

In a recent interview with freebie mag DIY they stated they are “trying to do as much as possible in one album”, as they start to demo a beefier release. Let’s hope this energy to consume and recreate styles doesn’t see them lose their main skill: creating hooks so catchy they could double as Angling Times centrefolds. We’re just waiting for that one tune which knocks it out of the park.

The definition of childhood in Ambrose Bierce’s ‘Devil’s Dictionary’ runs as follows: “the period of human life intermediate between the idiocy of infancy and the folly of youth – two removes from the sin of manhood and three from the remorse of age”. Presently Childhood sit in a space many others would envy. Hopefully folly remains a long way off. 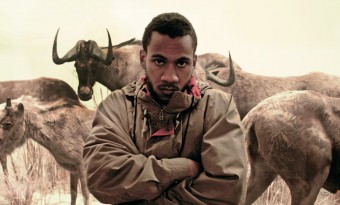 Forget 'Yeezus' - the best Jesus-referencing rap album last month actually came from this guy - one of the brightest up-and-coming producers around...
Read More