The video for Slava’s ‘Girl Like Me’ is also an uncomfortable watch, but it doesn’t feature hammered knuckles and we did at least manage to sit through it twice, so it wins this particularly craven battle by default. When it was posted on The Needle Drop yesterday they avoided any spoilers, except to reveal it “portrays one of the greatest taboos in Western Culture” – which is a bit of an odd thing to say as it implies that the taboo in question is more acceptable everywhere else.

You can work out exactly what taboo it concerns within about twenty seconds, but just in case, here’s a SPOILER ALERT! – the video revolves around incest. Director Eugene Kotlyarenko claims here that he intended to “film a sex scene that had psycho-visceral repercussions rather than just moral ones”, going on to state: “These sorts of thematic and formal interests can make listeners or viewers uncomfortable. I think that’s a good thing as long as the material is compelling enough to maintain their attention throughout. It’s important to challenge accepted morality and also important not to be pedantic or boring while doing it”.

Well, the best compliment that we can give is that he achieves his aims, helped by some fantastic acting, editing and cinematography. Just prepare to feel somewhat unclean after watching it… 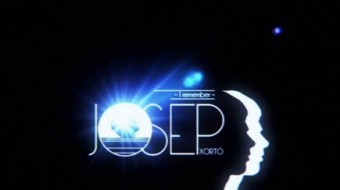 Josep Xortó, lead singer in Barcelona electro-pop outfit Stand Up Against Heart Crime , unleashes a winning solo release that sounds like something that could have come out on Mute Records at its peak, and gets a perfectly retro visual accompaniment from director Slurp Beta Tutor to match (the lyric-matching design at the beginning is particularly well crafted). As the video progresses Xortó finds himself against backed by a montage of found footage, with everything from old whiskey adverts to obsolete electronic equipment flashing up, before the whole thing goes full Sci-Fi at the end. "Everyone has been in a band, so there it is, a song about being in a band," is how the man himself puts it, but this is more like being shot into space than sitting around in a smoky practice room. Xorto will be spinning some tunes at Catch, 22 Kingsland Road this Saturday night (24th August) as part of their Ceremony night. We recommend taking a trip down there...