One of the hardest briefs a designer is ever likely to get is the rebranding of a football club’s crest. Supporters feel particularly attached to traditional visual elements of their team’s identity, and rare is the new version of a club’s crest which meets the satisfaction of those in the stands.

Even rarer, however, is the instance when the redesign attracts such ire that it has to be abandoned, but that’s what happened this week when Everton F.C. launched their new crest. Though they claimed it had been developed in consultation with fans, judging by many fans’ responses very few of them felt they had been consulted. The removal of the club’s Latin motto and the general simplification of the design (similar to that undergone at Arsenal a few years ago, who also had a crest that was quite tricky for manufacturers to reproduce) were the main problems supporters had, and a petition attracted so many signatures that Everton were forced to publish an apology on their website.

Yet is the crest really that bad? Creative Review took a look at it against the history of the crest’s design, and concluded that the petition was ‘bad news for design’. However, the extended comments thread beneath indicates that interest in design remains high… 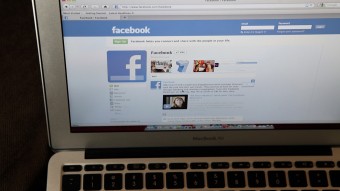 Nissan and Nationwide are among companies suspending their advertising accounts with Facebook thanks to the #FBrape campaign, launched by pressure group WAM (Women, Action & the Media, although it's also, somewhat unfortunately, an acronym for a certain porn fetish...) to highlight the many images, pages and groups on the social network that promote or make fun of domestic violence. While Facebook claims its moderation policy is to draw a distinction between serious hate posts and those intended to be humourous, WAM points to the troubling issues of a site which removes photos of women breastfeeding on the grounds of decency but allows photos of women who've been badly beaten to remain (go to their examples page if you want to disgust yourself). Now WAM have decided to hit Facebook where it hurts - in its pocket. A campaign using the hashtag #FBrape is being used to target brands whose adverts appear on pages where these images are being posted. While the brands in question have no say in where their adverts appear - they are usually linked to the location and likes of the Facebook user - many companies are still suspending their accounts until the issue is resolved. Check the following Tweet from Nationwide:

@danielolivepol Our ads target a user’s profile based on location, not pages. We’ll suspend our ads. Sorry for any upset this has caused.... — Nationwide UK (@AskNationwide) May 26, 2013

WAM's executive director Jaclyn Friedman said the following: "It’s my understanding that they’ve been quite good at responding to hate speech in general, they just don’t consider women a group worthy of those protections... If you’re making fun of a rapist or trying to draw attention to an issue, that’s one thing. But making jokes at the expense of a rape victim -- that’s just not acceptable." Facebook's own statement is as follows: "[A]s you may expect in any diverse community of more than a billion people, we occasionally see people post distasteful or disturbing content, or make crude attempts at humor. While it may be vulgar and offensive, distasteful content on its own does not violate our policies." The problem is, when you look at some of the examples WAM have found, the line between distasteful content and that which celebrates and encourages hatred and violence towards women is a very thin one indeed... UPDATE: Facebook have now agreed to work with WAM to "identify resources or highlight areas of particular concern" so they can begin to tackle this problem more effectively. The lesson is, if you want to make a large organisation change its stance, hit it squarely in the sponsors. The weird thing is that this can turn brands into some sort of moral arbiters, which is a strange situation to be in - why would you turn to Nissan or Nationwide for lessons on gender ethics? Well, for all brands public perception is key, and being seen to take a stand on such issues is a cheap and simple bit of positive PR...
Read More