A Guardian report has revealed that musicians who make dance music are less likely to be paid royalties than their guitar-toting counterparts – and apparently it’s because many of them don’t have a clue about PRS.

“Not only do writers of this genre appear to be less likely to register their songs correctly than most other genres,” runs the article, “some of them aren’t even aware that they need to join PRS to receive these royalties”. Apparently half of dance music composers who are played on Radio 1 fail to receive any royalties thanks to incomplete information, while dance festivals like Glade and Creamfields apparently only complete 15-35% of their setlists, compared to nearer 90% at rock-orientated events like Reading and Leeds.

One reason for this may be that bands require more money generally as it more often has to be distributed between several members, making them more likely to try and eke out as much money as possible. Also, bands are obviously more likely to fill out a complete setlist when it contains mainly their own songs, whereas for a DJ there is less incentive to do so.

To try and remedy this situation, PRS has launched Amplify, an initiative designed to encourage more reporting of tracks being played, as well as using fingerprint technology in clubs to more accurately reflect the music being played there. Whether this will pay off remains to be seen, but for electronic artists who don’t happen to be Skrillex or Daft Punk, it could be a way of introducing a revenue stream they were hitherto ignorant of…

Boards of Canada in Mysterious Return 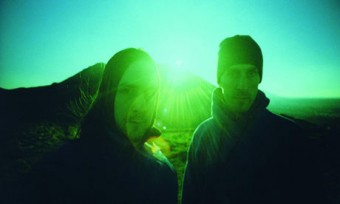 The long-awaited reappearance of Scottish electronica duo Boards of Canada was, bizarrely, initially broken by comedian Peter Serafinowitz, who referenced their return during a radio show. The publicity-shy pair are now finally making a much less obvious announcement, in the form of a typically cryptic series of six-digit codes. Two have been found on a pair of single-pressing (we think) 12" records that were secreted into shops on Record Store Day (and will probably be found on eBay for a gazillion quid before too long). Other codes have turned up on Youtube and there have also been some strange movements on Twitter. Keep your eyes peeled to exhaustive blog 2020k for further updates...
Read More