Some musicians are content to slop out the same material again and again, spooning it into the drooling jaws of their unimaginative fans with so little variation that it becomes impossible to distinguish whether their latest record is a new release or just a remastered edition of an old album beefed up with some ‘bonus tracks’ (i.e. badly-recorded versions of the same mediocre songs). Other musicians are David Grubbs.

Inspired by the English post-punk of PiL and Gang of Four, Grubbs formed the mighty Kentuckian hardcore outfit Squirrel Bait aged just sixteen, a band whose members would go on to play in post-rock cornerstones like Slint and The For Carnation among others. Grubb moved onto the more experimental but still noisy Bastro, who incorporated keyboard instruments and musique concrète into their sound, and also briefly moonlighted in Codeine and Bitch Magnet.

His musical imagination spread even further with the transformation of Bastro into Gastr Del Sol, which translates, brilliantly, as “Stomach of the Sun”. With the eventual addition of the legendary Jim O’Rourke, the band saw Grubbs’ musical imagination expanding like never before, culminating in 1998’s incredible Camoufleur album. A surprisingly accessible melting pot of all their influences, it’s possibly the only album ever written that manages to incorporate steel of both the pedal and drum varieties without sounding ridiculous.

Since they disbanded Grubbs has released a plethora of solo records and collaborations, playing with artists as diverse as Matmos, Will Oldham and The Red Krayola, while developing an idiosyncratic playing style that has its roots in learning to play guitar the ‘wrong way round’, as he revealed in a recent interview: “I’m left handed but play right-handed, and I think that 90% of my focus as a player is in my left hand, and in the instrument’s intonation. It’s hard to explain, but I think my hands are more responsible for my sound than the gear I use”.

This week sees the release of his latest album on Drag City, ‘The Plain Where the Place Stood Still’, and as an entry point into his music it’s pretty perfect. Nowhere more so than on the spectacular title track, which conjures the enticing proposition of John Fahey sitting in with Australian jazz adventurers The Necks. In fact, you only wish it lasted as long as a Necks track, as it’s a song to completely lose yourself inside: an electric guitar riff takes you by the hand and leads you through the undergrowth, while C. Spencer Yeh’s violin flits around your ears like a manic flea.

Elsewhere the album is dominated by muscular riffs and mellow drones, often, such as on Abracadabrant and Super-Adequate, during the same piece. The latter’s title certainly does the song a disservice, as only the prefix is necessary for a track that could almost have come from Fugazi’s ‘Instrument’ soundtrack. There are also elements of (Smog) and Mice Parade on Ornamental Hermit, while the minimal tones and deft, skittering percussion on Third Salutation throb like the best headache you’ve ever had. 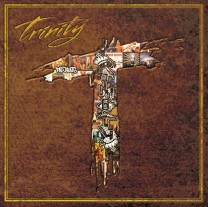 In hip-hop, fat beats are the only ones that matter. You never hear people clamouring for skinny rhythms, or asking the DJ to drop a well-proportioned beat. No, like fry-ups or sumo wrestlers, the bigger the beat the better.
Read More