When Wire moved from snappy punk to a more electronic sound during the eighties, they hired a tribute band, Ex-Lion Tamers, to support them, thereby hoping to satisfy both those desperate to hear classics like ‘Dot Dash’ and ‘Outdoor Miner’ and also those who were there for the new material. A couple of decades later and everyone’s learnt to pretty much appreciate Wire as they are; which if nothing else affords them a greater choice of support acts.

DRILL:LONDON is a four day mini-festival that sees the band play three times, alongside a bunch of bands that all fit somewhere on what has become a very broad palette. From the highly-rated Charlie Boyer and the Voyeurs on Thursday night to East India Youth, the first signings to The Quietus’ label, on Sunday, most of the key action will be taking place on Saturday.

Wire will kick off the night playing a support-slot for kosmiche-indie cavaliers TOY at the Lexington, before legging it across town to Cafe Oto, where, after an opening set from Electrelane’s Verity Susman, the brilliantly bombastic Teeth of the Sea will be riding their musical stallion across a cinematic steeplechase (as is their wont). When that spectacular ride is over, Wire will join them for a collaborative semi-improvised performance of 1991’s ‘Drill’ that is guaranteed to rock Cafe Oto to it’s very core (just don’t stand at the back shouting for ‘Outdoor Miner’, alright?). 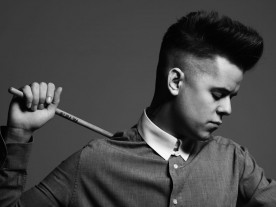 Superbly-coiffured synthpop fellow Ben Esser brings his well-rounded sound to one of Dalston's most charming venues this Thursday, filling the quirky Servant Jazz Quarters with music that shifts between downcast moodiness and upbeat pop. Needless to say, the performance is unlikely to inspire the same projectile-hurling reaction as it elicits in the video below...
Read More