Jeep is the second company to be taken over by pranksters this week. The hackers used the Twitter account to announce that the brand had been bought by Chrysler, and changed the background image of Jeep’s official Twitter account to show a Cadillac logo. Burger King was targeted in a similar Internet heist earlier in the week, with perpetrators announcing that it had been bought by McDonald’s.

Not all hacks are the work of shady nerdlings though. After the story broke, MTV and BET faked a hack hoping to get a bump in Twitter followers (Burger King’s followers jumped from 77,000 to 111,000 during its hack). Could these events fuel a fake hack trend?

Mobile Phone Sales Fall for the First Time Since 2009 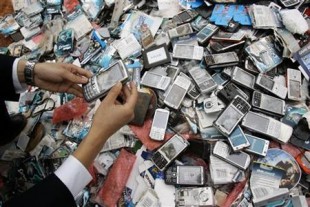