And so, to our albums of the year. Obviously these things are completely subjective, largely meaningless and guaranteed to satisfy absolutely no one (even I’m annoyed at some of the selections – what was I thinking?). Still, there have been some amazing records released this year that deserve recognition, and the following fifty are, according to The-Monitors, the most deserving.

Our top spot goes to a man who definitely deserves more success, Chapelier Fou. The Frenchman’s second album is an exquisite mixture of beautiful violin work and deft electronic production. The man is an absolute master of harmony, an increasingly rare thing these days, and ‘Invisible’ is a worthy chart-topper.

Kendrick Lamar takes second place with ‘Good Kid M.A.A.D City’, not only the best hip-hop album of 2012 but probably the best for several years. Quality control and restraint are not always concepts strongly associated with albums in the genre, but even the limited amount of filler here is better than most artists are capable of. Think back to Kanye West’s “My Beautiful Dark Twisted Ego-Wank” – much-lauded at the time, and laughably given a perfect ten by Pitchfork, it looks a bloated, sprawling mess in comparison to Lamar’s debut.

No one released as many great singles as Alt-J in 2012, and yet clearly a lot of thought went into making their debut album flow smoothly and hang together well. An occasional tendency to slide into slight mawkishness is the only thing that stops it from topping the list. Cameras are probably slightly lucky to be on the list at all, seeing as their album “In Your Room” was released in their native Australia in 2011, but it only came out this year over here and more than justifies its inclusion – having excellent male and female vocalists in the band allows them to explore moody piano-led pieces alongside more Interpol-esque moments, and there’s not a duff track on it.

We’re not going to bang on about every album on the list, but they’re all worth listening to. While Woodpecker Wooliams, Ed Schrader’s Music Beat, Willis Earl Beal, Swans and Actress may not be everybody’s cup of tea, they’ve all created records that are utterly unique and for that they should be saluted – there are too many indentikit acts out there as it is. But let’s not think about them. Let’s just concentrate on the good stuff…

…(that’s the stuff listed below, in case you weren’t paying attention)…

5. Woodpecker Wooliams – The Bird School of Being Human

11. Tindersticks – The Something Rain

18. Flying Lotus – Until The Quiet Comes…

34. Brother Ali – Mouring in America and Dreaming in Colour 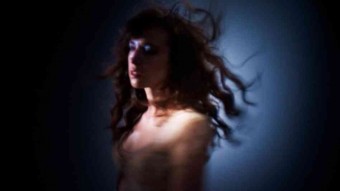 You may remember Rachel Zeffira as the female half of Cat's Eyes (Faris Badwan of the Horrors was her male foil), who put out an album of cinematic pop last year. "The Deserters", Zeffira's first solo release, is a very different beast. Piano dominates the album along with orchestral instruments like the harp and oboe (all played by the Canadian herself), and it doesn't sound like a lost girl group record from the sixties - although it doesn't sound like it's particularly 'now' either. When a cor anglais appears among the legato piano arpeggios of the opening title track, it's clear we are very much in the realms of 'adult pop'. Faris is nowhere to be seen, but his mates TOY throw in a helping hand on 'Here On In' (along with SCUM drummer Melissa Rigby). The track begins with one of their standard issue krautrock beats, but their sound is softened by Zeffira's voice and arrangements, while the dreamy backing vocals they provide complement her part perfectly. Despite being the only song on the album to feature guitar, and one of the few to feature prominent percussion, it still exudes calmness and restraint. The word restraint sums up the album, despite the fact that Zeffira is a classically-trained soprano (she was set to attend one of England's top opera schools before being accidentally deported) and utilises some grand orchestral arrangements. "As soon as I have a bit of money I seem to blow it all at Abbey Road," she admits, but the lofty production and instrumentation is rarely overblown. The more operatic moments tend to subtly slink in as backing vocals, while the lead parts are usually breathy and composed. Zeffira's method provides a relaxing ying to fellow goth-tinged pianist Soap & Skin's harrowing yang. Occasionally it's a little too restrained. The rippling piano on 'Silver City Days' is certainly pretty but also pretty forgettable, while 'Front Door' is, to be frank, sentimental rubbish. 'Star' fares better, driven by a pulse as delicate as a baby's heartbeat, but even here it sounds like it might have drifted out of a new age cafe in Totnes. The gentle clack of middle-aged knitting in my imagination almost threatened to overpower the quiet thump of the track itself. Fortunately things pick up before the end. A cover of My Bloody Valentine's 'To Here Knows When' manages to sound more like Nick Drake in a wistfully upbeat mood, while the closing track, 'Goodbye Devine', makes excellent use of a cathedral organ (a cathedral organ, you hear! None of your shoddy church crap), which not only adds some much-needed colour but also builds to a triumphant resolving major chord at the end. It brings a satisfying conclusion to proceedings, but you do wonder whether the album would've been more interesting if TOY had been co-stars rather than just offering cameos; the combination seems to bring out the best of both parties. While Zeffira is an outrageously talented musician, you're ironically left with the feeling "The Deserters" could've done with more recruits... .
Read More