It’s fair to say that when acclaimed producer Nigel Godrich (aka “Radiohead’s sixth member”) and Beck’s favourite drummer Joey Waronker got together to form a band, their extensive music industry connections meant they had their choice of individuals to front it. Yet they eschewed the easy way out of simply getting a load of famous mates to phone in guest spots and went on a hunt to find someone truly suitable, using the pleasingly old-school methods of sticking adverts up in art colleges and trawling through the gig guides. Eventually they found Laura Bettinson, the woman behind FEMME, known for mixing sweet pop music with exuberant stagecraft. With the trio finally complete, work immediately began on their self-titled debut album.

Of course, much of the focus was always going to be on Godrich’s work with Radiohead, and Ultraísta’s sound will certainly prove accessible to fans of the band. The chiselled beats and effervescent electronics of opening track “Bad Insect” loosely recall the production style of “The King Of Limbs”, while Bettinson’s vocals float like a bubble in the middle of the hubbub. Yet Ultraista’s music is brighter, freer and more upbeat, with “Static Light” sounding like a pop song that’s been shattered into a thousand pieces and the shards scooped up, put into a snowglobe and vigourously shaken. “Our Song” is similarly affecting, each descending keyboard pattern and skittering beat sounding like a dead autumn leaf falling to the floor. The combination of gorgeous synths, cut-up backing vocals and clinical rhythms is worked hard throughout the album – Ultraísta have clearly worked hard to forge a defining sound.

They do occasionally fiddle with the formula, such as on, erm, “Strange Formula”, which employs a dizzying 6/8 rhythm to create a feeling of staggering around a strange town while out of your head, while “Party Line” swaps the synths for piano in order to create some heightened intimacy. They save the best for last though, with the stunning “You’re Out”, a hypnotic and utterly beautiful track with an emotional spike at its heart. Bettinson’s vocals are at their best – Thom who?

In fact, that’s the best indication of the record’s success; while much of the pre-release hype surrounded the links to Radiohead, by the end of the record those links are all but forgotten. Ultraísta have created their own niche, and it’s a very special one… 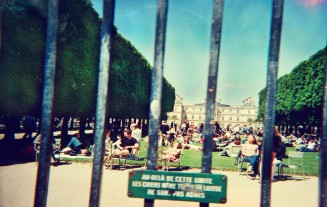 Kevin Parker's Perthian psych-rockers Tame Impala have been building up a real head of steam. Having already conquered their native Australia - debut album "Innerspeaker" was voted one of the 20 best Aussie albums of all time - a gradual wave of hype has been swelling up across the globe, sweeping up larger and larger audiences as it goes. With "Lonerism", you hear the sound of that wave finally breaking. Parker spent two years in near solitary confinement working on this album, and it shows. Like "Innerspeaker", the songs are stuffed full of pop hooks and memorable melodies, but the sound is deeper and more layered, awash with shimmering vintage keyboards and delay-drenched vocals. Long-time Flaming Lips producer Dave Fridmann returns behind the mixing desk, and there's a definite touch of that band's cinematic psychedelia at play - although sadly the bass isn't as fuzzily gigantic as Michael Lee Ivins' has been on the last few Lips' albums. Like a lot of the great music that's been coming out of the Antipodes recently, such as that by OPOSSUM, Splashh and Pond (for whom Parker plays drums part-time), the music is so sunny you're advised to fill your ears with sun cream before listening. Yet here Parker follows the formula so beloved of his idol Brian Wilson, marrying upbeat music with lyrics that come straight out of a depressed teenager's diary. On opening track "Be Above It" Parker sounds like a stressed out steam train, repeatedly whispering the words "got to be above it" - when I interviewed him for The Stool Pigeon recently he revealed that this is a mantra he uses to ward off "terrible thoughts" and feelings of insecurity. And those thoughts come thick and fast, with the yearning "Feels Like We Only Go Backwards" and the supremely catchy but painfully anguished "Why Won't They Talk To Me?" vocalising similar concerns. Luckily, music is one thing Parker obviously isn't insecure about. Not only does he play pretty much all the instruments, but there is a palpable confidence to his musicianship. Tame Impala have, of course, been scorned by some as being too derivative of sixties/seventies rock stalwarts, but, as with the glam-meets-Groundhogs "Elephant" (with added space-rock keyboards), and it's superbly chugging riff that seems like you MUST have heard it somewhere before, often it's hard to tell whether he's ripping off a classic or just writing a classic. The Harrison 'n' Starr guitar and drums on "Mind Mischief" is less successful though, not really taking its influences on such an interesting journey, although a Beatles vibe is almost constantly audible in Parker's Lennon-esque voice and melodies. It's funny, considering the huge influence on popular music The Beatles had there haven't been all that many bands since Oasis that sound so like them. Parker is probably too reclusive to want to take Tame Impala into the rock stratosphere inhabited by the Gallaghers, but judging by "Lonerism", his music may have other ideas...
Read More