The sad, sudden death of Women guitarist Christopher Reimer didn’t just have a devastating impact on his own band; former tourmates The Luyas were also deeply affected. While the band haven’t mentioned Reimer by name when discussing their new album “Animator”, it seems likely that his death is the one that apparently inspired its title. As the band’s frontwoman Jessie Stein explains, “Our friend died on the first day in the studio and we wanted to magically be able to bring him back to life. Animators move things that can’t move themselves. It’s a desperate stab at something deeply quixotic and brutally impossible”.

It’s a long way from the tongue-in-cheek title of their last record, 2011’s “Too Beautiful To Work”, which was not only a reference to the ‘spoilt princess’ archetype but “the idea that the music is too beautiful to sell a copy!”. That throw-away sentence turned out to be pretty prescient. The record, an ambitious, kaleidoscopic mixture of delicate melodies and hopscotch rhythms, was easily one of the year’s best but didn’t get nearly the attention it deserved. Those that did invest time in it were richly rewarded by the arctic tropicalia of “Spherical Mattress” and the childlike hallucinations of “Moodslayer”. The entire record has a magical quality, as if each song is lightly covered by powdery snow, and while Stein may not have the strongest voice, what she lacks in volume she makes up for in evocativeness.

It remains to be seen whether “Animator” matches “Too Beautiful…” for quality (listen to a preview stream here and see what you think), but it’s certain to be similarly hard to categorise ; even Stein admits the record is a bit of a mystery to her – “I feel like I dreamed the whole first part of the year, and the record fell from the sky or something”. The band’s members have fingers in various other pies – new drummer Mark Wheaton also plays in Land Of Talk, Stein moonlights in Miracle Fortress and Pietro Amato can be seen in Bell Orchestre (having previously blown his french horn for Arcade Fire) – but The Luyas play music that’s far more interesting, and contradictory, than any of them: icily playful and comfortingly challenging.

Stein balks at the word “experimental” though, saying it makes her “slightly uncomfortable because we are not reinventing the wheel or anything”. Well, they may not be reinventing it but they’re certainly making it more beautiful – next to The Luyas’ glittering rims and shining spokes, most bands sound like a burst tyre on a broken tricycle. 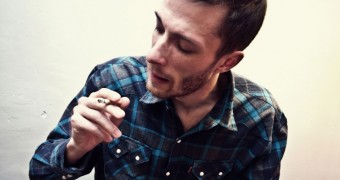 Imagine if Lewis Carroll's Mad Hatter gave up dining with rodents in order to learn the violin, eschewing the moronic Dormouse and that berk The Mad March Hare in order to hunker down over a laptop, meticulously splicing together acoustic recordings with digital sorcery. Well, that's loosely - very, very loosely - what you get with French electronica wizard Chapelier Fou (his name translates as "Mad Hatter", see?). A prodigous violinist who entered the Conservatoire de Metz aged six, Louis Warynski (for it is he) claims that studying classical music "became unbearable" by the time he was sixteen, and started playing in bands instead. The music he makes now, however, draws deeply upon his classical education. Warynski's latest album, "Invisible" (released this month in the UK) is an exquisite mix of skilled musicianship and deft production, and may well be the most harmonically satisfying electronic album of the year. His varied musical influences mean that the echo of composers such as Yann Tiersen and Philip Glass can be heard alongside sounds more redolent of Plaid or Frog Pocket, which makes for a beguiling mix on nimble numbers like "L'eau Qui Dort". The rapid-fire editing on the astonishing "Protest", which kicks in after a lengthy orchestral build-up, is finely judged and perfectly executed, while the rest of the album is restlessly inventive and relentlessly gorgeous. Get yourself down the rabbit hole.
Read More