Kevin Parker’s Perthian psych-rockers Tame Impala have been building up a real head of steam. Having already conquered their native Australia – debut album “Innerspeaker” was voted one of the 20 best Aussie albums of all time – a gradual wave of hype has been swelling up across the globe, sweeping up larger and larger audiences as it goes. With “Lonerism”, you hear the sound of that wave finally breaking.

Parker spent two years in near solitary confinement working on this album, and it shows. Like “Innerspeaker”, the songs are stuffed full of pop hooks and memorable melodies, but the sound is deeper and more layered, awash with shimmering vintage keyboards and delay-drenched vocals. Long-time Flaming Lips producer Dave Fridmann returns behind the mixing desk, and there’s a definite touch of that band’s cinematic psychedelia at play – although sadly the bass isn’t as fuzzily gigantic as Michael Lee Ivins’ has been on the last few Lips’ albums.

Like a lot of the great music that’s been coming out of the Antipodes recently, such as that by OPOSSUM, Splashh and Pond (for whom Parker plays drums part-time), the music is so sunny you’re advised to fill your ears with sun cream before listening. Yet here Parker follows the formula so beloved of his idol Brian Wilson, marrying upbeat music with lyrics that come straight out of a depressed teenager’s diary. On opening track “Be Above It” Parker sounds like a stressed out steam train, repeatedly whispering the words “got to be above it” – when I interviewed him for The Stool Pigeon recently he revealed that this is a mantra he uses to ward off “terrible thoughts” and feelings of insecurity. And those thoughts come thick and fast, with the yearning “Feels Like We Only Go Backwards” and the supremely catchy but painfully anguished “Why Won’t They Talk To Me?” vocalising similar concerns.

Luckily, music is one thing Parker obviously isn’t insecure about. Not only does he play pretty much all the instruments, but there is a palpable confidence to his musicianship. Tame Impala have, of course, been scorned by some as being too derivative of sixties/seventies rock stalwarts, but, as with the glam-meets-Groundhogs “Elephant” (with added space-rock keyboards), and it’s superbly chugging riff that seems like you MUST have heard it somewhere before, often it’s hard to tell whether he’s ripping off a classic or just writing a classic. The Harrison ‘n’ Starr guitar and drums on “Mind Mischief” is less successful though, not really taking its influences on such an interesting journey, although a Beatles vibe is almost constantly audible in Parker’s Lennon-esque voice and melodies.

It’s funny, considering the huge influence on popular music The Beatles had there haven’t been all that many bands since Oasis that sound so like them. Parker is probably too reclusive to want to take Tame Impala into the rock stratosphere inhabited by the Gallaghers, but judging by “Lonerism”, his music may have other ideas…

Flying Lotus - Until The Quiet Comes 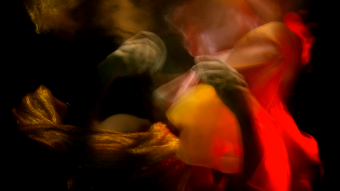 At first listen, "Until The Quiet Comes" feels like a simulataneous step both forwards and backwards. Backwards because, in comparison to 2010's "Cosmogramma", it's a fairly restrained affair which never lets his more experimental tendencies off the leash. Forwards because, while it doesn't depart stylistically from the rest of his back catalogue, it's probably his most cohesive and evocative record yet. The album's title is an appropriate one, as this is as consistently gentle as Flying Lotus gets, with the delicate chimes of "All In" setting the tone early on. "I worked on this joint till the last day", admitted FlyLo on Twitter, and you can tell - the attention to detail is breathtaking. However, as pretty as the first portion of the album is, it takes a while to really get going. From Niki Randa's dusty vocals on "Getting There" to the dreamy tropical vibes of "Heave(n)", everything sounds nice but also slightly inconsequential - and if "Tiny Torches" is FlyLo's idea of a "mischievous song", then he must have a dull idea of mischief. Yet whether the quality of the album increases, or the vibe starts seeping into your brain, things soon begin to improve. "Sultan's Request" liberally douses some loud, lumbering synths with sparklier sounds, while "See Thru To U", a collaboration with Erykah Badu, Dorian Concept and Thundercat, is a velvety high point (thankfully its working title of "See Thru To Titties Glasses" was abandoned). The title track, also originally written for Badu, does a good job of encapsulating the album as a whole, managing to be both subtly smooth and wilfully complex at the same time. "DMT Song", featuring a sweetly sung lyric by Thundercat detailing his experience with the mindbending hallucinogen, has an authentically far-out seventies vibe, recalling spiritual jazz combo New Life Trio. "Nightcaller" also features Thundercat (he and FlyLo enjoy a "psychic" connection apparently), and is one of the most strident songs on the album, with another Brainfeeder bro, Samiyam, joining the party for a squelchy synth section. Thom Yorke is the next collaborator to drop in, though his voice is barely recognisable as it slices in and out of the Broadcast-style intro and gloopy percussion of "Electric Candyman". While it's not a patch on his last spot with FlyLo, on "...And The World Laughs With You", there's something refreshing about a Thom Yorke appearance where his singing isn't the centre of attention ("I'm not afraid of his voice", opines the author). Yorke's bandmate Jonny Greenwood's soundtrack work is apparently half the inspiration for "Hunger", while the other half is attributed to a magic mushroom trip at the hilariously-named Integratron; it certainly has the right combination of beauty, confusion, ecstasy and lethargy to evoke that, flowing into a sumptuous second movement. Next, Laura Darlington provides the album's finest vocal cut on "Phantasm", although FlyLo has a bash himself on "Me Yesterday // Corded". While his singing's not the best in comparison, the song grows purposefully, producing some superb basslines and lashings of squashed synth. While "Cosmogramma" felt like a thousand ideas exploding in different directions, like a big but badly organised firework display, "Until The Quiet Comes" is a calmer, more finely orchestrated collection of tracks. It may not rise as high or descend as low, but it feels deeper in every direction. Personally, I liked "Cosmogramma" less every time I heard it. This record is more similar to his earlier releases, which rewarded repeated listens. And there will be many repeated listens here. Oh yes.
Read More