A motley 3-piece from Edinburgh, The Leg recently released their berserk, brilliant third album ‘An Eagle To Saturn’ on blog-cum-record label Song, By Toad. The band, who occasionally moonlight as a backing band for Paul Vickers (formerly of Dawn Of The Replicants), can best be described as a marriage between folk tradition and punk snarl; only this is a wedding where the church is on fire, the Vicar is on Buckfast and the bride has feld, screaming, into the woods.

There’s a hint of Mclusky to song titles like ‘Sad As Dead Monkeys’ which is reflected in the raucous vocals, but there’s also a real finesse to the violin and banjo that underpins many of their best moments. Like the New York band O’Death, The Leg manage to defy the received idea that folk music is nice, but a little bit dull. The Leg are not nice, and that’s why they’re so exciting. 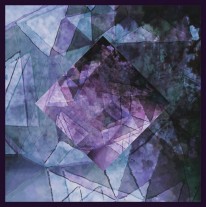 Formed of Teeny Lierberson (formerly of Here We Go Magic), her sisters Katherine and Lizzie and longtime friend Jane Hership,  TEEN make lo-fi psyche pop redolent of Paisley Underground bands like Opal and Rain Parade. Recorded during the summer of 2011 in a converted barn in rural Connecticut, In Limbo puts pop and tribal elements to the fore. Opener “Better” is a Suicideesque march toward euphoria through repetition. “Sleep in Noise” comes on like a neo-psychedelic tribal stomp with a Spector-esque drive, while “Unable,” an all-butshapeless mass of organ swells and tremolo synths provides a loose structure for their transcendent vocal acrobatics. In Limbo was mixed and produced in collaboration with Sonic Boom (Spacemen 3, Spectrum). His influence and guidance is subtly evident throughout, adding sympathetic undertones and ambience to the band’s well defined and inspiring songs.
Read More